A unique comedy festival, with 50 artists coming from 12 countries, will take place in Prague 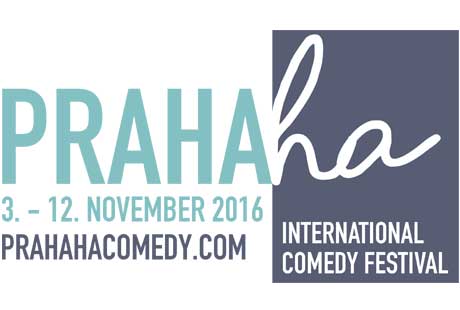 For the first time in its history, the Czech Republic will be the scene of one of Europe's biggest comedy festivals. The PRAHAha International Comedy Festival will target not only Czech audiences, but especially English and German-speaking fans of stand-up performances. It promises the participation of 50 comedians from all over the world.

The festival begins this year on November 3rd and ends nine days later. It will take place at various locations in Prague and partly in Brno. "The performances will be conceived more intimately, so the performers can be in direct contact with the audience. We invited world renowned names of the stand-up comedy, as we think there is never enough of good humor in the world, "explains one of the founders of the event Rainer Schumacher.

The festival will be unique even in venues where the performances will take place. In addition to theaters, organizers chose the less well-known halls such as Mosaic House in Prague, the German Embassy or the Prague Crossroads. "We want to have an original and unusual promotion as well. We will focus principally on social networks, where people are accustomed to recommending their favorite comedians and performances to their friends, "says artistic director Dominic Oždian. Entrance fees for individual performances are in the range of 99 - 600 crowns. The festival is held under the auspices of the European Commission in Prague.

More information about the festival, performers, shows and tickets can be found on www.prahahacomedy.com in Czech, English and German.

Tickets can be purchased directly on the page or through GoOut https://goout.cz/cs/festivaly/prahaha-international-comedy-festival/rnglb/